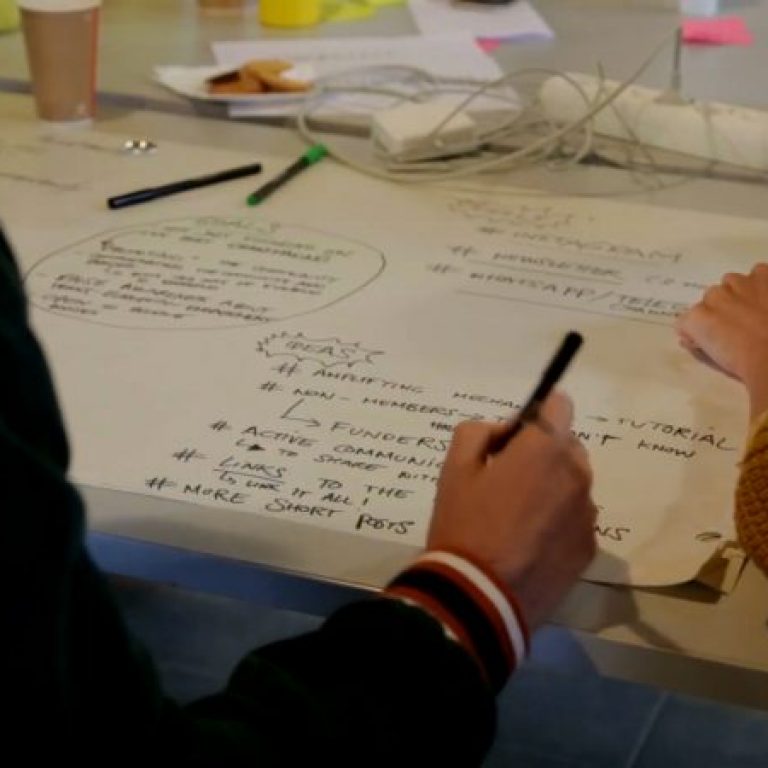 The participatory grantmaking platform for activists in Europe

During these last two years and a half, we have worked together with a community of activists on the design, development and implementation of FundAction, a participatory fund for activists in Europe. In May, after the second Annual Assembly that took place at La Bergerie de Villarceaux, half of the facilitation group – including me – left to produce a renovation, according to the governance model which establishes that members of the group can stay up to two years. Since then, we have been thinking about learnings of a long and hard, but full of rewards, process. This article talks about three tensions that the platform has dealt with since its very origins.

Is systemic change a desirable horizon?

Systemic change has been a concept embedded in FundAction since its origins. A traditional definition would include those actions oriented to produce transformations that affect every part of a system, including those interdependences between its parts. Philanthropy sector usually uses it to define those actions capable of questioning the very roots of the social problems we face. In our case, it has come to define the goals of one of the grants; but it also has been considered a desirable horizon of the platform itself.

However, some activists in the platform have pointed out that systemic change is a concept used more often in foundations rather than activism, where the distinction between actions oriented to deep transformations and actions to defend rights are risk is more vague. The community of FundAction, by gathering a group of activists with diverse backgrounds and areas of work, seems like a fertile ground to feed systemic change. Despite this, it worths wondering what systemic change means in the context of the platform in order to identify which transformations we want to achieve and, above all, which ways of activism we are leaving behind in the process. It’s not just a point about language and how it can be excluding groups of activists in a space as wide as the activism in Europe. We understand that systemic change works in the connections between local practices, in the creation of spaces for knowledge exchange, strategies and ways of doing between different communities and areas of work. For that matter, FundAction is at the spotlight of the existing tension between the prioritization of different struggles, and it worths considering if every social mobilization must consider the creation of a common space a desirable horizon, taking into account the amount of time and organisational effort that the process requires.

Are social organisations and grass-root activists operating at the same ground?

As Jacob Wills explains in the video, the composition of the community of FundAction is conditioned by the origin of the initiative – conversations between funders and activists during 2016 -. The community slowly grew with rounds of invitations sent by members and, thus, an important challenge is how to involve activists and communities that are beyond foundation radars, or communities that don’t usually participate in international spaces. But beyond this, there is a structural tension for which FundAction just found temporary solutions: there are both activists and social organisations reps (cooperatives, NGOs, etc) in FundAction. As a matter of fact, their goals sometimes overlap, but the material reality of both profiles is quite different and this creates different expectations about what FundAction should be and what are its goals. If grass-root mobilizations allow a capacity to react, independence and connections with the territories in which they operate; social organisations aspire to a professionalization and longer time spending periods. By not addressing the tension between these profiles, it often happens that the economic investment is standardized down, and the expectations are standardized on top with results that are less flexible to the shifting political context in which social movements usually develop their activities.

What does care mean in the context of the platform?

Despite the fact that many of the activists in the platform already knew each other, the community didn’t exist before the creation of the platform. As Ana Méndez pointed out, FundAction is a commons organised around its main resource: funding. Behind the incentive of being a source of funding for activities, FundAction always aimed to develop a community, to create spaces for knowledge and learning exchange. Accordingly, the facilitation group members have constantly faced the challenge of achieving an active participation beyond the periods in which grants were active. To care, in the context of FundAction, has been a very material task which involved tons of personal emails and dozens of calls to inform about the way process work. It also has meant to acknowledge the experimental nature of FundAction, to recognize the mistakes we have committed in the last two years. The systemization of the processes will allow everyone to have a better understanding the platforms functioning, and the administrative work related to this will decrease progressively.

These are just some of the questions FundAction starts. The platform is an ideal space for knowledge exchange because it invites members to take political positions, through which a multi-layered community in the context of Europe is formed. But, as Zarah Dalilah says, in order to be able to explore new models for participatory grant-making, we need to develop long terms strategies, we need to imagine ourselves in five, seven, ten years. That is not possible with the annual funding it currently receives.

Despite the difficulties, FundAction has grown a lot in a short period of time thanks to the amazing involvement of generous super smart activists. I leave the facilitation group with the joy of knowing that those working on it now will continue the good things we managed to implement, and that they will improve the things we didn’t do great.

This blog has been written by Lucas Tello, a member of the 2018/19 Facilitation Group. 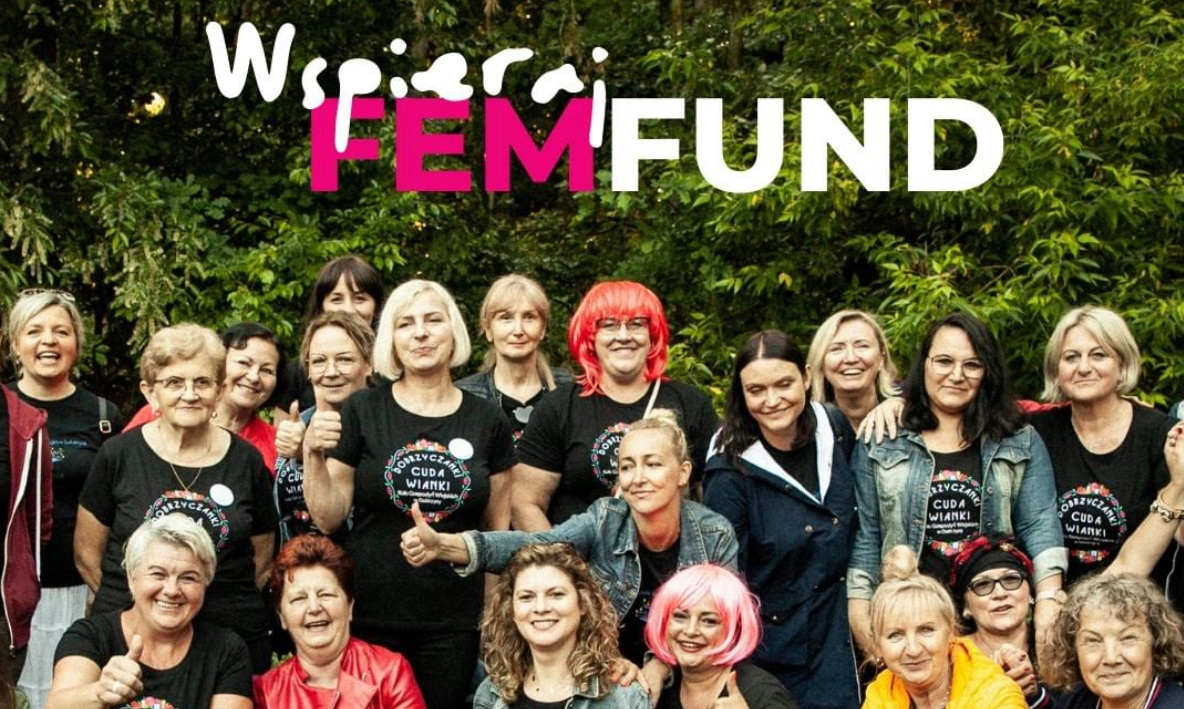 See All
This site uses cookies to store information on your computer. Some of these cookies are essential to make our site work and others help us to improve by giving us some insight into how the site is being used. We do not sell ads. We do not track our users. We do not use Google Analytics. By clicking “Accept”, you consent to the use of the necessary cookies.
.
Cookie SettingsAccept
Manage consent

This website uses cookies to improve your experience while you navigate through the website. Out of these, the cookies that are categorized as necessary are stored on your browser as they are essential for the working of basic functionalities of the website. We also use third-party cookies that help us analyze and understand how you use this website. These cookies will be stored in your browser only with your consent. You also have the option to opt-out of these cookies. But opting out of some of these cookies may affect your browsing experience.
Necessary Always Enabled
Necessary cookies are absolutely essential for the website to function properly. These cookies ensure basic functionalities and security features of the website, anonymously.
Functional
Functional cookies help to perform certain functionalities like sharing the content of the website on social media platforms, collect feedbacks, and other third-party features.
Performance
Performance cookies are used to understand and analyze the key performance indexes of the website which helps in delivering a better user experience for the visitors.
Analytics
Analytical cookies are used to understand how visitors interact with the website. These cookies help provide information on metrics the number of visitors, bounce rate, traffic source, etc.
Advertisement
Advertisement cookies are used to provide visitors with relevant ads and marketing campaigns. These cookies track visitors across websites and collect information to provide customized ads.
Others
Other uncategorized cookies are those that are being analyzed and have not been classified into a category as yet.
SAVE & ACCEPT